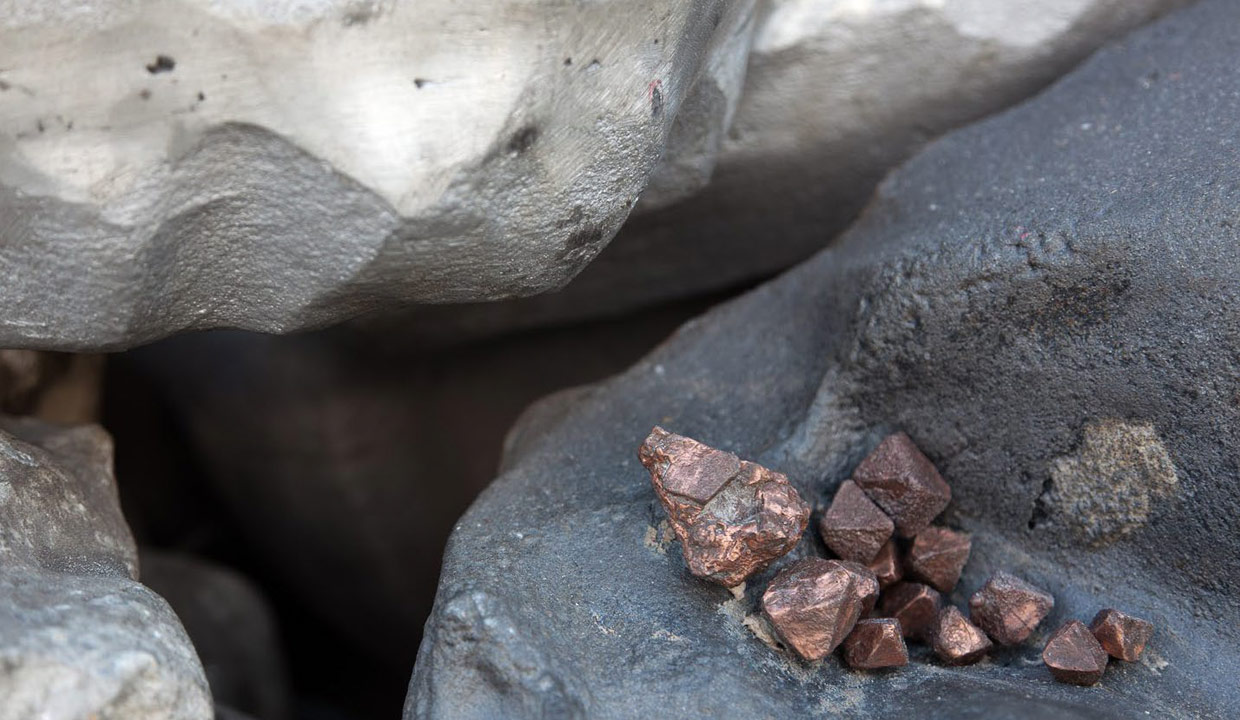 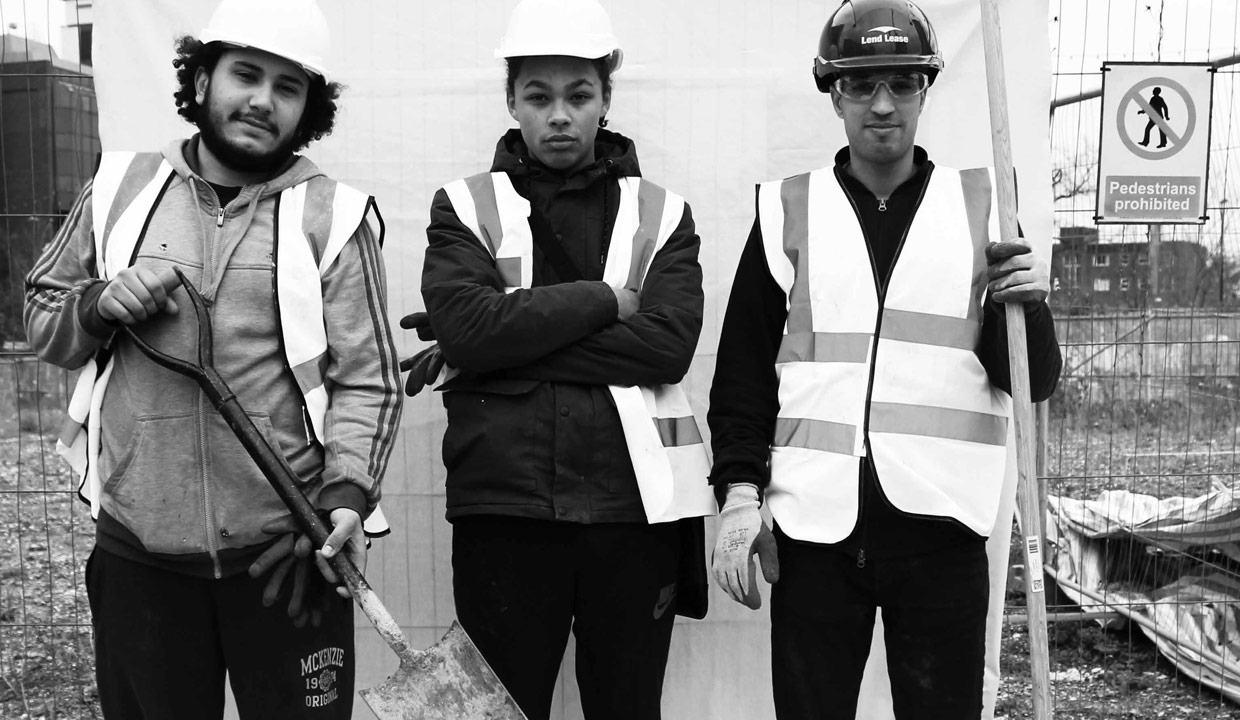 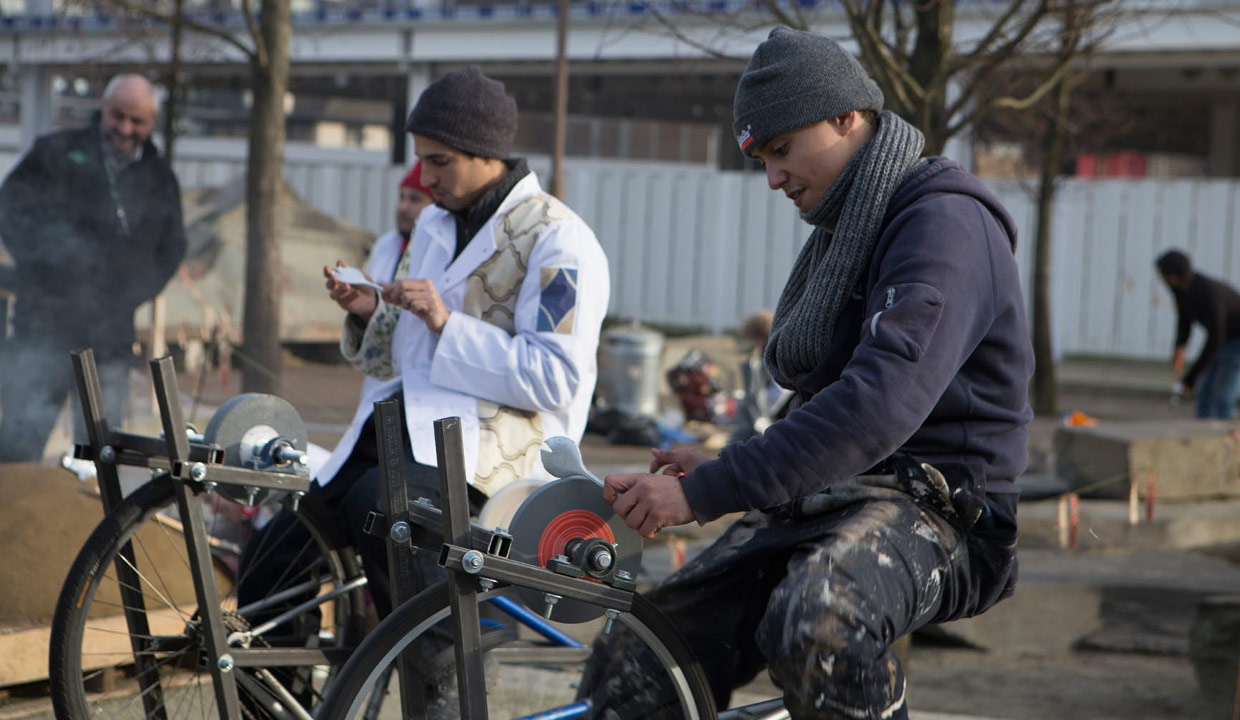 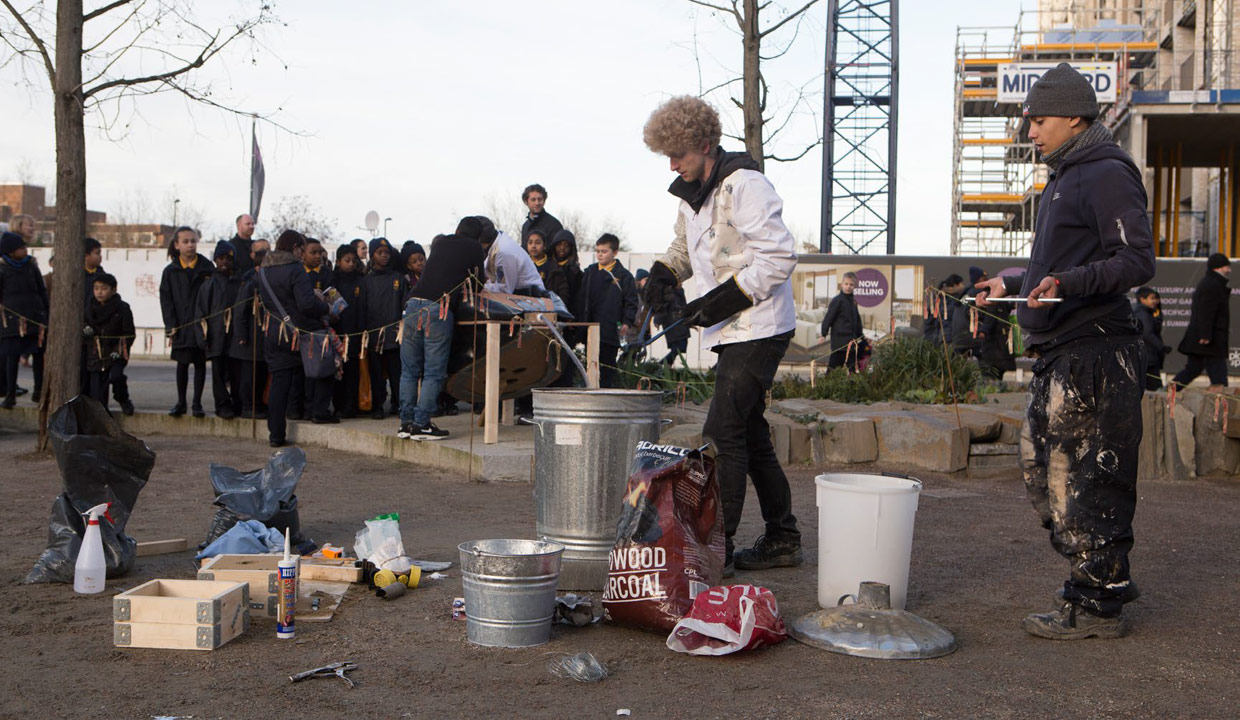 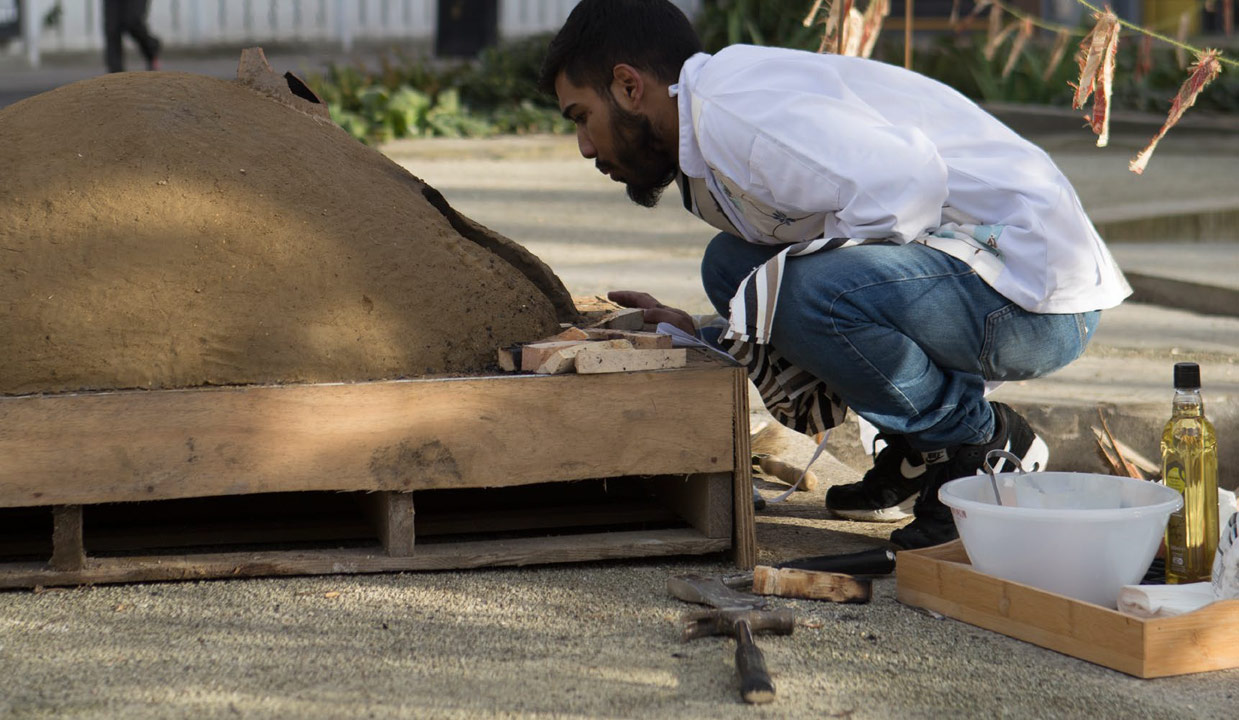 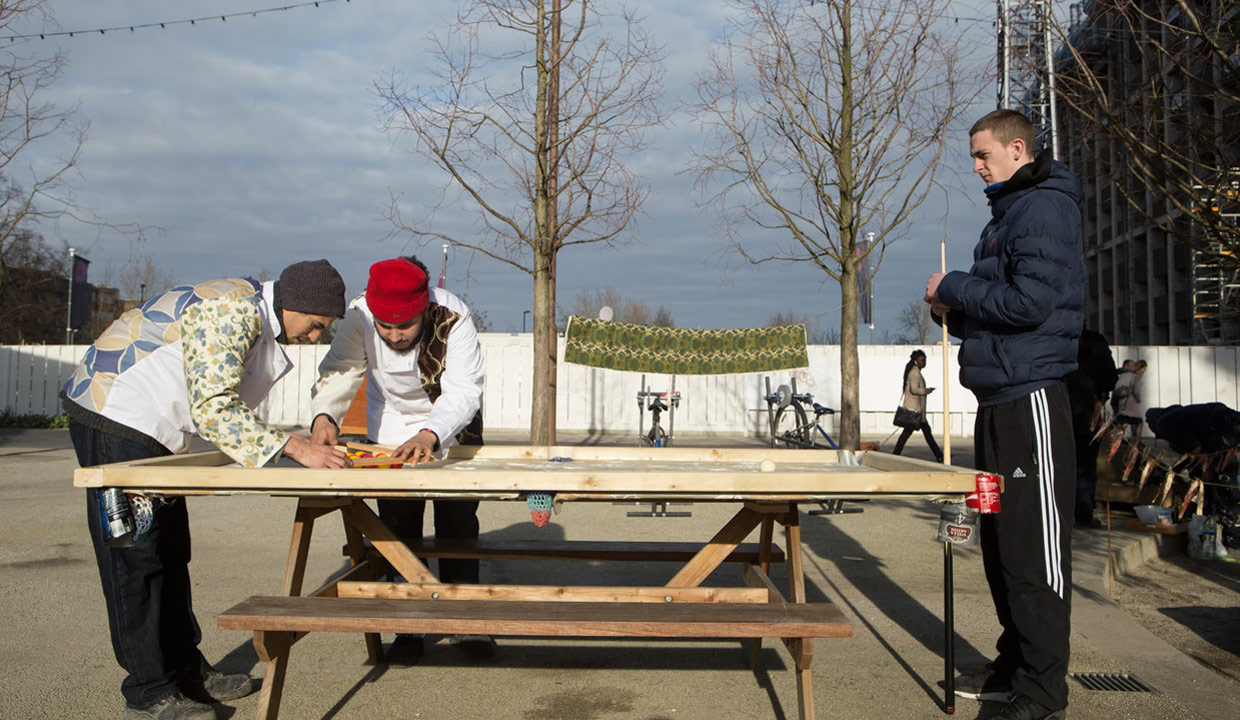 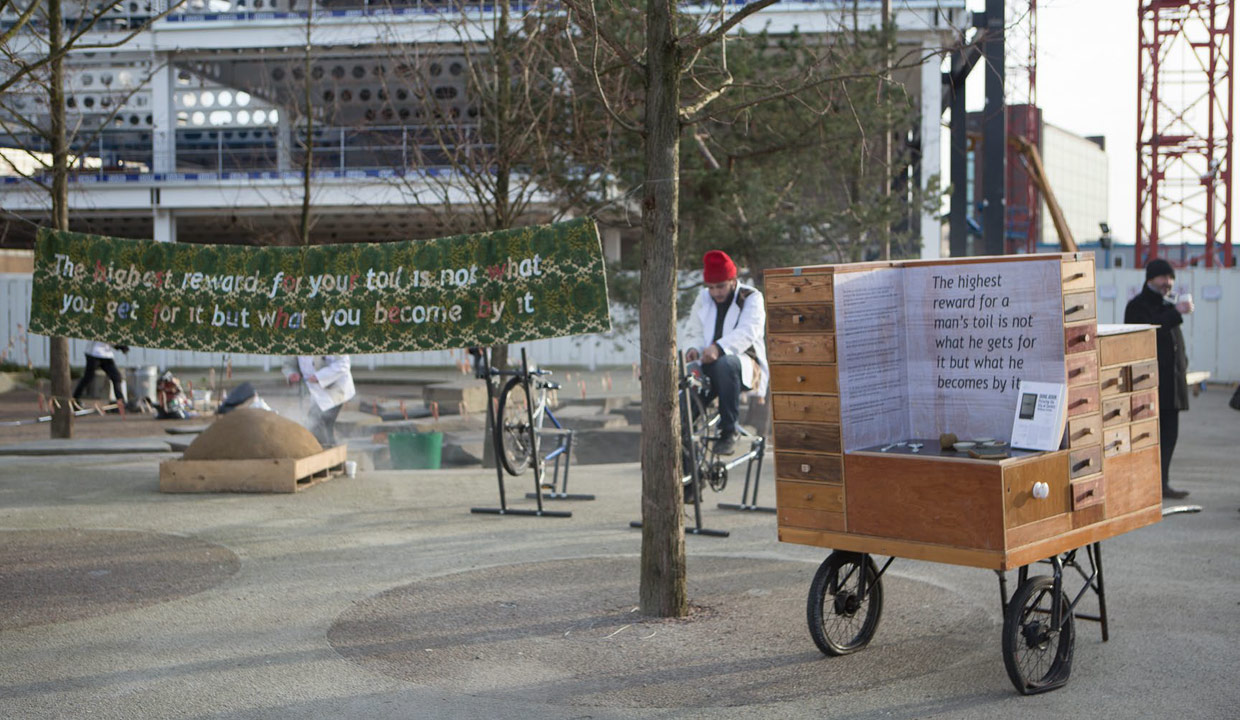 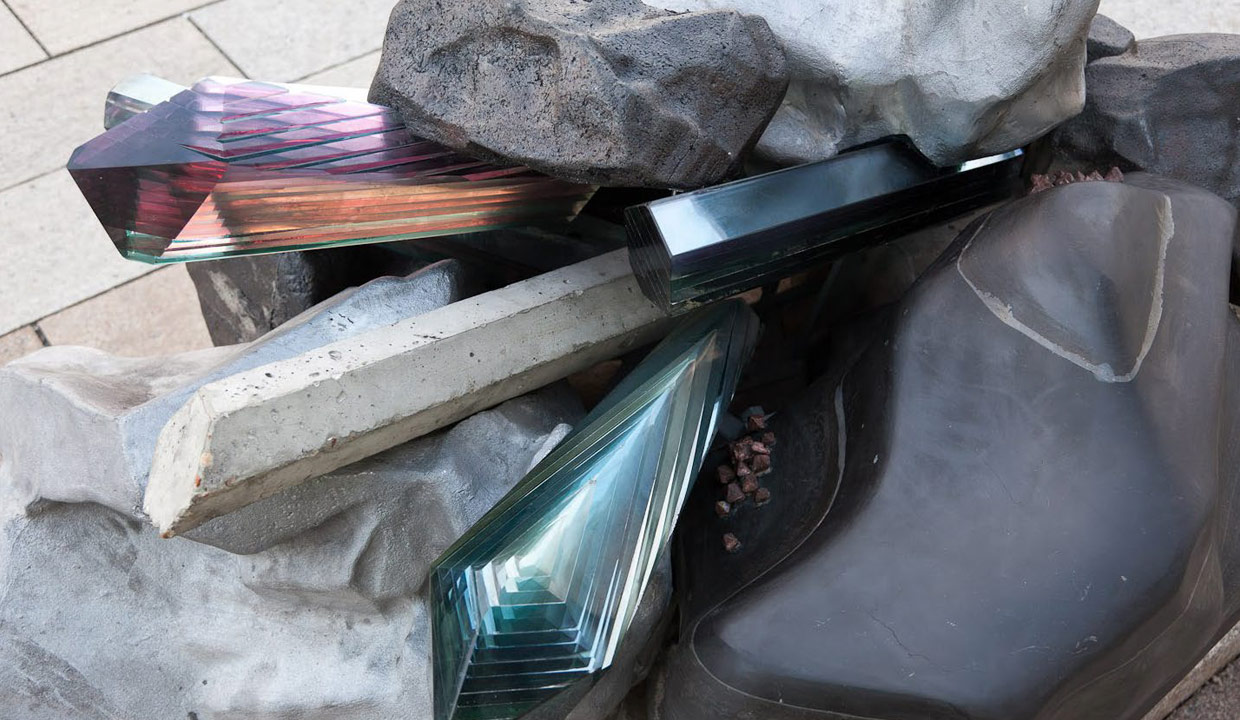 Commissioned by muf architecture/art, Stanhope and Schroders, ‘Every Increased Possession Loads Us with New Weariness’ is a public sculpture for Ruskin Square that reverses the supply chains of the development; unmaking the building and remaking into an artificial mineral of steel, concrete, glass, aluminium, copper, cast iron and Caithness stone.

A steel girder was taken from the building and sent back to the factory (Hare in Bury, near Manchester) where workers were asked to un-make the product they normally make. Similar for the aluminium window frames, copper pipes, cast iron drain pipes, concrete tiles, glass window panels and Caithness stone. Within the existing supply chains of the building, these materials were transformed (cast/shaped/laminated... ) into rock or crystal
shapes to return to the square as an ‘artificial mineral’.

The commissioning brief for the art work for Ruskin Square was established through a series of public action research events delivered by a team of local young people mentored by muf. The action research explored John Ruskin’s proposition that the highest reward for your toil is not what you get for it, but what you become by it.

Over three months the team made their own work clothes, a clay oven, from scratch, using earth dug from the development site, they made ‘sporks,’ a spoon fork hybrid, cast from site waste aluminium and a suite of furniture from the site hoardings. They then used what they had made to host a dinner debate for 30 local decision makers.

The dinner debate established a commissioning brief to which Tuur and Revital responded with a proposal for an art work as a critical lens of Ruskin’s principles through which the immediate and wider context is magnified to articulate a relationship between people, labour and their environment.

For more information on the artists and this project:
www.everyincreasedpossession.com